Home>Rectal Bleeding>Oh NO! I have blood in my stool!!
Previous Next

One of the most common reasons patients come to see me is for blood in stool or rectal bleeding.  Seeing blood in the toilet or on toilet paper is very alarming, but also very common. Although it is never normal, most of the causes of rectal bleeding are not life-threatening and can be easily treated. However, it is not possible to know the cause of the bleeding without being examined. Thus, ANYONE who sees blood should talk with their doctor to figure out the cause.  Blood after a bowel movement is a really common problem and it is estimated that over 14% of the US population has experienced this at some point in their lives.  Below, I will review what to do when you see blood. 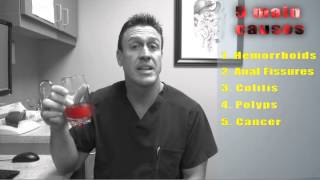 Red Blood in Stool - Causes and When to see a Doctor

One of the most common reasons patients come to see me is for blood in stool or rectal bleeding.  Seeing blood in the toilet or on toilet paper is very alarming, but also very common. Although it is never normal, most of the causes of rectal bleeding are not life-threatening and can be easily treate

You see blood in stool or on toilet paper after a bowel movement. What now?

First, take note of HOW MUCH blood there is.  If it is a significant amount, this could be an active bleeding situation, which needs medical attention immediately.   If there is a small amount of blood in the water or on the toilet paper, it could be a variety of treatable conditions which are described below.

What causes blood in stool?

There are lots of potential causes of blood in stool or rectal bleeding, but the most common ones are listed below.

Hemorrhoids are swollen blood vessels in the rectum or anus that can be painful, itchy, and can sometimes bleed. Painless rectal bleeding with a bowel movement is a common symptom of hemorrhoids. Bright red blood typically coats the stool or blood may drip into the toilet or on the paper.

Although not the most common cause of bleeding, colon cancer is still the second leading cause of cancer death in the United States.  Unfortunately, colon cancer usually doesn’t present with any symptoms, but sometimes it presents as rectal bleeding and needs to be evaluated by your gastroenterologist.

Other causes of rectal bleeding

There are many other causes of rectal bleeding, including Colitis, Crohn’s disease, IBD, Proctitis, Angiodysplasia and Diverticulosis.  All of which can be diagnosed with an examination. Bleeding may also come from higher in the digestive tract, such as the stomach.  This produces black, tarry bowel movements due to stomach acid, which turns blood black.  If the blood is dark red or includes clots, usually this indicates bleeding from higher in the colon.

Why should I worry about rectal bleeding?

While most rectal bleeding is caused by non-serious issues mentioned above, bleeding can also be caused by cancerous or precancerous conditions. Precancerous polyps near the end of the colon can mimic bleeding from hemorrhoids. These polyps are generally present in the colon for years before they become cancerous.  They can be removed very safely from the colon, preventing progression to cancer. However, it is not uncommon for colon cancer to be diagnosed in patients who have ignored bleeding for years, assuming it was from hemorrhoids. Therefore, it is best to get checked out by your doctor if you have any rectal bleeding.

The best test for rectal bleeding depends upon your age, symptoms, and examination findings.   If a direct cause is not found, then a colonoscopy should be performed in order to diagnose and treat the problem.

So, if you see blood in your stool, Do Not Panic.  Most of the time, it is a simple problem to fix, but schedule an examination with your doctor in order to make sure.  Whatever you do, Don’t Ignore It; contact your doctor.

UPDATE: The Internet can be a great resource for researching various health symptoms and available treatments. However, it should not be used to seek health advise or replace the care and expertise that a physician can offer. I’m posting this comment since I continually receive questions regarding the urgency people should use to see their doctor regarding their symptoms (e.g. rectal bleeding) or other medical advice. Those opinions will not be given on my blog and I would hope the same would be true for all other online medical channels moderated by a health care professional. 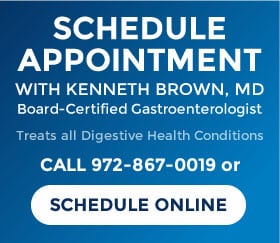 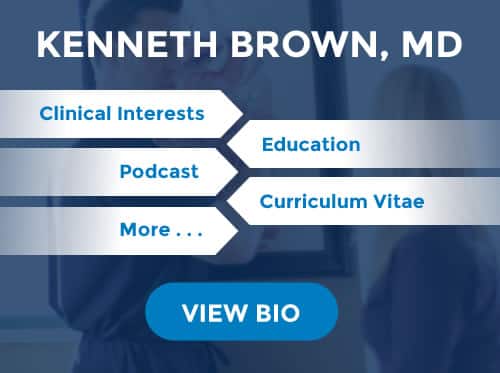 Get access to my eBook, newsletters and expert advice on important digestive topics.